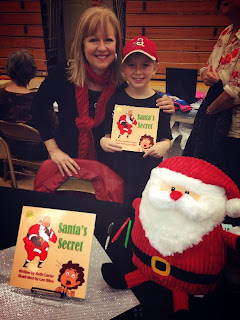 I'm sorely behind with posting due to several book signings for my holiday picture book, SANTA'S SECRET. Over the past few years, I've learned a lot while having said signings and thought I'd compile a Top Ten List of Book Signing Do's & Don'ts.

#1 SMILE. Sounds simple but I've seen authors who sit at their table like it's the last place they'd like to be. Who wants to approach someone who looks like a Grinch?

#2 OFFER FREEBIES. Often, people are hesitant to approach so if you have something free like candy or bookmarks, it's easier to call them over to your table. Once they are there, potential customers are more likely to inquire about your book.

#3 DRESS PROFESSIONALLY. This doesn't mean you have to wear a suit but don't dress as though you could go bowling immediately afterward. Make an effort if you want to be seen as a professional.

#4 TARGET YOUR MARKET. You probably won't have a successful signing if you are selling an ultra-steamy book at a church convention. Likewise, if you are selling a children's picture book at a teen hangout. Put some thought into your demographic and target them. Think about places your character hangs out or shops. 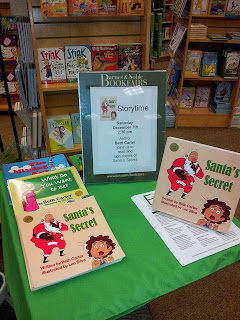 #5 ANSWER QUESTIONS about writing and writers' groups. Many people will tell you they have a novel inside them but don't know the first thing about getting published. Be patient and helpful.

#6 CREATE AN ATTRACTIVE, TEMPTING TABLE/THEME. For my holiday book, SANTA'S SECRET, I purchased a cute Santa and a small Christmas tree. I offered red and green candy corn and Santa jelly beans. Look for simple ideas to tie in with your book's theme.

#7 PROVIDE CONTACT INFO. Make sure you have business cards and bookmarks with your email, blog address, and contact information. Some people may not decide to purchase your book on the spot but later when facing a birthday dilemma, they just might remember the nice woman/man who was selling a book.

#8 PURCHASE LOCAL AUTHOR LABELS. I found some small, round gold "Local Author" labels online. Many people love supporting local authors and a small label won't interfere with your cover art, yet will easily identify you as a local author.

#9 PLAN AHEAD. Book your signings a month or two before your new release. Sometimes, I don't get this done and always kick myself. Do as I say--not as I do.

#10 TAKE ADVANTAGE OF SOCIAL MEDIA. Promote your signings via Facebook, Twitter, email, e-vites, writers' groups, and to friends and family. If you keep it your little secret, there will likely be a small crowd. Sometimes there will be a small crowd no matter how hard you market yourself but keep trying.

#1 BE AFRAID. Do not let dust gather on your books and shelve them in your home office. You worked hard on bringing your project to life. Now share it with the world and book some signings!

#2 SHOW UP LATE. Be on time (and this from the Queen of Lateness). But I have yet to be late to my own signings. I know. Shock. At my last signing, I arrived just two minutes beforehand but I'm blaming that on the icy roads. Still, I wasn't late.

#3 GIVE UP. I tried for over three years to land a signing at Barnes & Noble. They finally seemed happy to have me and wanted me there twice! I couldn't believe it. Of course, we got dumped on with snow and a wintery forecast but I still sold books and they're for sale in our local store.

#4 STARE AT YOUR PHONE OR TABLET. As tempting as it is during lulls, try, try, try to avoid looking down at your phone. A couple of times I couldn't resist the temptation and as I looked up someone had been staring at my book and walked away. This happened twice. I think they thought they weren't important to me which, of course, wasn't the case but you know how it feels when someone stares at a screen rather than making eye contact. 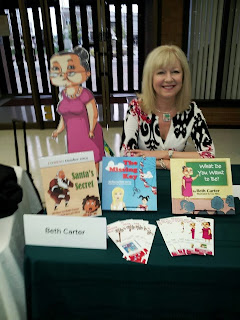 #5 HAVE CHIPPED NAILS OR BAD ROOTS. After all, people are going to be staring at the top of your head and at your nails while you sign. If you don't wear nail polish (women or men) just make sure they are clean and short.

#6 WEAR JEANS AND A SWEATSHIRT. I said this above but it's important. You wouldn't go to work dressed that casually, so please make an effort when you are selling your work to the public. This is your career.

#7 BE RUDE if a store clerk turns you down on having a signing or carrying your book. I had one store manager carry my first picture book, WHAT DO YOU WANT TO BE? and she told me to let her know when the second one came out. I didn't for some dumb reason. Then, when I approached her about my third book, she declined. I smiled and thanked her for talking with me anyway.

#8 BURN BRIDGES. Similar to #7 you just never know when someone will want to carry your book or allow you to book a signing (see example #3). Always be courteous and professional.

#9 LEAVE EARLY. One year I booked two signings the same day (I was overly excited) and I left the first signing two hours early. I wouldn't do that again. They didn't complain but it looked bad when I disassembled my table while customers were still coming in.

#10 GIVE UP. If you have a couple of signings where you only sold a book or two (trust me, I've had those signings), by all means, do not give up. The very next signing you might sell over 40 books. I've had those, too. You just never know who is on sick or on vacation, what other events are occurring, what the weather will do and so on.

I hope these lists help you have successful book signings. I'd love to hear your reaction and feel free to add your own tips in the comment section.
Posted by Beth at 1:45 PM 16 comments: