Holiday Newsletter from Sizzle In The Snow Authors 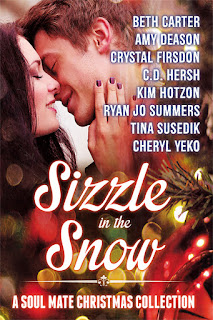 I'm way behind on posting the Sizzle In The Snow newsletter due to my recent travels to California (twice). All eight authors are submitting wonderful holiday songs, recipes, memories, DIY projects, and more. Since the posts are lengthy and I'm attempting to catch up, I'll just share a portion of the last two newsletters. Enjoy the excerpts, Christmas songs, recipes, and memories. Follow us on Twitter at #sizzleinthesnow and watch for our eight-author Facebook Launch party in November!


A Christmas Song for You from the King himself!

A sneak peek of one of the eight stories . . .
By author Crystal Firsdon in her novelette 'Twas The Crazy Night Before Christmas!


Clara lay flat on her back, dead silent. A rock dug into her shoulder and she fought the urge to wiggle out of the way. The dirt beneath her was dry and chilly while a small pool of sweat puddled between her breasts. The stranger she’d met only a half hour earlier lay directly on top of her, propped up on his elbows on either side of her head, covering her body head to toe in a protective shield. Her hands were pinned between their chests and, no matter how hard she tried to still them, trembled.


He kept as much of his weight off her as he could, but their bodies still clung to one another. He lowered his head an inch and whispered, “Relax.”


Clara nodded. “What did you say your name was?” she whispered back. He’d never told her his name, just grabbed her from the store and ran like hell.


“Shhh.” His breath in her ear sent shivers down the side of her neck, and if they weren’t being chased by a couple of thugs with guns, she’d take time to enjoy the feeling.


She took a slow, deep breath but it forced their bodies tighter together, and dear God, she enjoyed it.


Which made her an idiot.


Maybe she should slide out from under him if the adrenaline rush affected her thoughts like that.

Place chocolate chips into a microwave-safe medium bowl. Heat in the microwave for 1 minute, stir and then continue to heat at 20 second intervals, stirring between each, until melted and smooth. Stir in sugar and corn syrup. Blend in rum. Add crushed vanilla wafers and chopped nuts. Mix until evenly distributed. Cover and refrigerate until firm.

There is one special Christmas memory that I’ll never forget.  As a teenager, I woke on Christmas morning to an announcement from my younger brother, who was only 3 at the time. “Santa built a house!” His wide-eyed exuberance brought me running to the front window. I wiped my bleary eyes as he pointed at the driveway. “See? Santa built you a house!” He jumped up and down in his excitement.  Gazing at the driveway, I was too stunned to speak.

What I learned later that morning, as my dad handed me a set of keys duct-taped twenty layers deep, was that he had re-commissioned an old car donated by the church, turning it into a shiny, fabulous set of wheels for his teen-aged daughter. He’d spent months, along with a family friend, detailing and overhauling the car, getting it ready in time for Christmas. I could never have imagined in my wildest dreams receiving a car on Christmas morning. Naturally, I squealed, standing in my housecoat on the driveway, as I ripped off the cardboard from a hundred boxes covering the car. The entire ‘box’ was wrapped up in a giant, red bow. To my brother’s eyes, it certainly looked like a house, though I had to explain to him that it was in fact a car. I was humbled, surprised, and delighted by the realization that others would go to such lengths to make that car into something special for me. My dad provided a lesson in giving from the heart that resonated deeply. The only condition given to me? I had to save up for car insurance!

How about a mocktail to kick off the holidays? This version is by author Ryan Jo Summers. 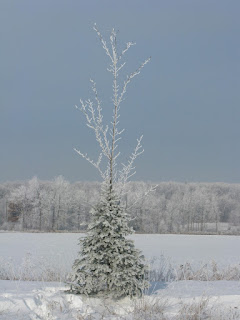 Preparation: Put pear juice, simple syrup, lemon and lime juice, and mint leaves in a cocktail shaker and shake until well blended, about ten seconds. Pour with ice into sniffer or tumbler. Garnish with sprig of mint. Superfine sugar is a nice garnish for the rim of the glass and dissolves easily.

Stay tuned for more over the coming days.

NEW RELEASE: SIZZLE IN THE SNOW 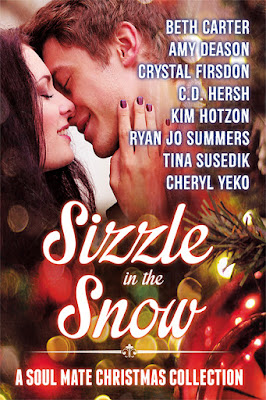 I'm thrilled to be among eight authors whose novelettes (10,000 words each) will be featured in the upcoming Christmas anthology, SIZZLE IN THE SNOW, by Soul Mate Publishing. My story is entitled "Santa Baby," and I had such fun writing it.

Last spring when I saw the Call for Submission for this anthology, I immediately thought of five storylines. I happily started on one and was half finished with a sweet, heartwarming story when the editor, Char Chaffin, asked for a steamy novelette. Huh? Screech the breaks er, keyboard. My story was not steamy whatsoever.

So, what's an author to do except save the current document (as yet untitled) and start over with a blank page. I scratched my head trying to think of a steamy Christmas story that would still have a heartwarming happily ever after. I thought and thought and finally did it! I'm really happy with the result and hope you will be as well. It's unique as far as holiday stories go. :)

All of the SIZZLE IN THE SNOW authors are sharing recipes, DIY holiday tips, favorite songs, excerpts, Christmas memories, and more. I'm running hard to catch up since I've had an insanely busy fall. Look for those fun posts over the next couple of days while I catch up. Meanwhile follow us on Twitter at #sizzleinthesnow and stay tuned for our Facebook launch party in November!
Posted by Beth at 4:01 PM No comments: