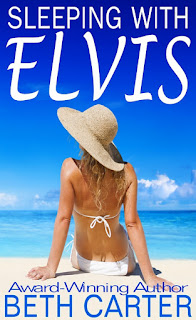 This is downright embarrassing. I haven't updated my blog since last fall. FALL. I'm surprised I remember how. What in the world have I been doing? A LOT.

Since I can't possibly write about every single item that has occurred, let me give you a quick rundown:

I'm sure there's more to add, but I have to get back to updating my site. I wish the summer would slow down but I"m looking at edits the entire month of July for SLEEPING WITH ELVIS before it releases on August 10! Stay tuned for details about a launch party, the cover, blurb, excerpts, swag, and more.

I hope you've had a wonderful time since we last chatted in October. I'll do better with my blogging. :)
Posted by Beth at 5:35 PM 2 comments: