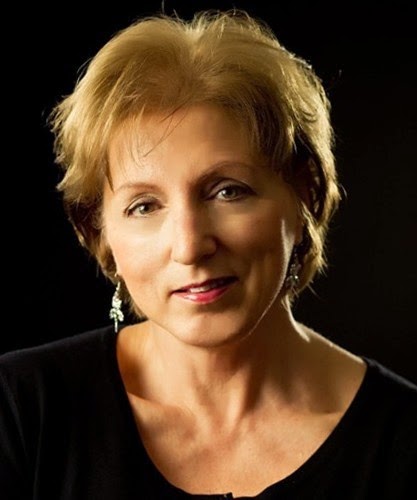 It's my pleasure to introduce my new writer friend and fellow Soul Mate Publishing author (and editor!) Char Chaffin. Char has a fun, new release, JESSE'S GIRL, that's set in the sixties and is sure to be a hit just like its namesake song.

Q. Tell us about your new release. What was the inspiration? What’s the genre?


My latest release, Jesse’s Girl, is a nostalgia romance set in 1965 small-town . So far, all of my novels have been set in small towns, and my current WIP is no different. I usually write contemporary romance but I am certain if I ever went for full-on historical, and wrote something set a hundred or more years ago, I would still begin in a small town. I get an enormous amount of inspiration from small-town life. In the case of Jesse’s Girl, hearing the actual Rick Springfield song on the radio during a trip to the grocery store got my mind humming as well as my vocal chords. By the time I pulled into my driveway, I had all three characters and a skeleton plot. I also live in a small town, so the setting was a no-brainer. It took a bit more planning before I figured out putting my characters in present-day would be a huge mistake.
I'm a seventies girl but loved the music of the sixties. I also love that Rick Springfield song. Who doesn't?! I can't believe you had all three characers in your head as well as a plot on the drive back from the store.

Q. Explain your writing journey. Did you query and pitch or self-publish? Was it arduous or easy?


No writing journey is easy, unless you are very, very lucky and just fall into everything. There might be a few authors in the world that fell into success, but most of us fight for the chance to be read. It’s a long road that ends—if you’re fortunate—with a publishing contract and an agent or editor who understands and appreciates you. I queried and pitched unsuccessfully, attended conferences that taught me a great deal about the writing process; submitted to plenty of agents and editors who rejected my manuscript. Frankly, I never thought of self-publishing. I got lucky when I pitched online during a Savvy Author Pitching symposium, because that’s when Soul Mate Publishing found me and their Senior Editor and founder, Debby Gilbert, offered me a contract for my debut novel, Promises to Keep. Now, in the midst of writing my fourth novel, I’m also an Acquiring Editor for Soul Mate and I pay it forward by participating in Savvy Author’s pitching events whenever they offer one, and taking pitches for Soul Mate.

I didn't realize you and I were both picked up during the online Savvy Author pitch session by Debby Gilbert, although yours came first! It's so cool that you're now a SMP acquiring editor as well!


Q. Give us your best writing tip/advice.


Read everything you can get your hands on. Read other genres even if you can’t imagine ever writing in them. Write every single day. Write in other genres, too. It doesn’t matter if you never do anything with it. At least try. Each time you change genres, you stretch and grow as a writer and that’s absolutely vital. FIND A CRITIQUE PARTNER. You have to get that honest feedback and not just from a family member who thinks you walk on water just because they’re related to you. Learn to accept criticism and grow a thick skin. Above all, remember that in writing a book, you have Put Yourself Out There, which means you face kudos as well as readers who will not like you. Smile through your rejections, embrace humility and let every experience add to you in a positive manner. If you want to succeed, you’ll never give up. If you want to be a published author you have to be willing to learn from your mistakes and improve/reinvent yourself each time you sit down to write. You have chosen one of the most competitive fields in the world to work in and that’s taking into consideration the fact that self-publishing is now easier than ever. It’s still competitive and for every book you write, a thousand authors are doing the same thing and also vying for a spot on readers’ bookshelves.
EXCELLENT advice.


Q. What is your favorite marketing tip/promotional advice?


I’d answer that if I had one. :)  It’s tricky. Not everything works for everybody, or even from one release to the next. In my experience book tours are a lot of work and didn’t do much for my sales. Many will say the more books you get on the shelf, the better your chances for more sales. Of everything you can do, I think this might be the best promotional advice. More exposure is never a bad thing. Just make sure whatever you write, it’s an improvement over what you have already written. My best marketing tip: make sure everything that goes out under your name is polished like a diamond. Make sure your reputation as a writer includes turning out professionally crafted product.
Q. I’m also a children’s author, so I have to ask what was your favorite book as a child?


I’m probably going to freak you out with this answer. I started reading seriously when I was about eight, and children’s books never interested me. The reason why would be my brothers’ penchant for horror films. Thanks to their habit of sneaking me downstairs with them to watch scary movies on TV when I was very young, I grew up loving horror and sci-fi. So it made sense that when I started reading in earnest, I would want only horror and sci-fi. My favorite book as a child was Alfred Hitchcock’s Stories Not For the Nervous. I was eleven when I read it and I got it new and in hardcover when it first came out, ironically in 1965. When I was nine my family moved across town and I discovered a box of old Edgar Rice Burroughs books in the attic of the new house. I glutted myself on his Martian and Tarzan chronicles.
Yep. That does freak me out! No Dr. Seuss, Boxcar Children, Charlotte's Web or Little House on the Prairie?!!


Q. About editing…do you like it, hate it? How do you go about tackling the beast?


Well, remember I’m also an editor, so I kind of have to like it. :) Actually, I’m an anal editor. It’s so much a part of me that I write and edit at the same time and never think twice. It takes me longer than the average writer to complete a project, but again this is just the way I create. I’m a pathetic loser at NaNoWriMo, that’s for sure! For someone who writes as I do, the idea of completing a book in a month is unrealistic. As for tackling the beast: for me, editing isn’t a beast, so there’s nothing to tackle. I just work until I’m happy with it, then I edit it some more, and call it done.

Not me. I plow through my ms and only edit if it's a quick typo. Otherwise, I tackle the entire beast of a ms at the end! Maybe I should consider your method...


Q. What’s your next project?


As I mentioned briefly, I’m in a small town again for my current work-in-progress, entitled Made For Each Other. This time it’s a small town in , about midway between and . My hero, Jed Plunkett, leaves his high-powered job in to return to his home town of , and help out his family during a medical crisis. Going back also means facing his childhood nemesis, Sophie Wilton, the girl his family and friends consider the perfect match for him. Jed and Sophie have hated each other since first grade. But you know what they say about hate, right? It’s awfully close to love.
Sounds good. Love the title!


I can give you all three, and let you decide! Starting with my most recent and going backward. J


Jesse’s Girl:  Something awoke him from a sound sleep.

Unsafe Haven: Hidden was good. She could live with hidden.

Promises to Keep:  Annie Turner fell in love with Travis Quincy on a hot summer day, over a tangled fishing pole line and a bucket of night-crawlers.

Ooh. Those are all good.

Here's the blurb for Jesse’s Girl: 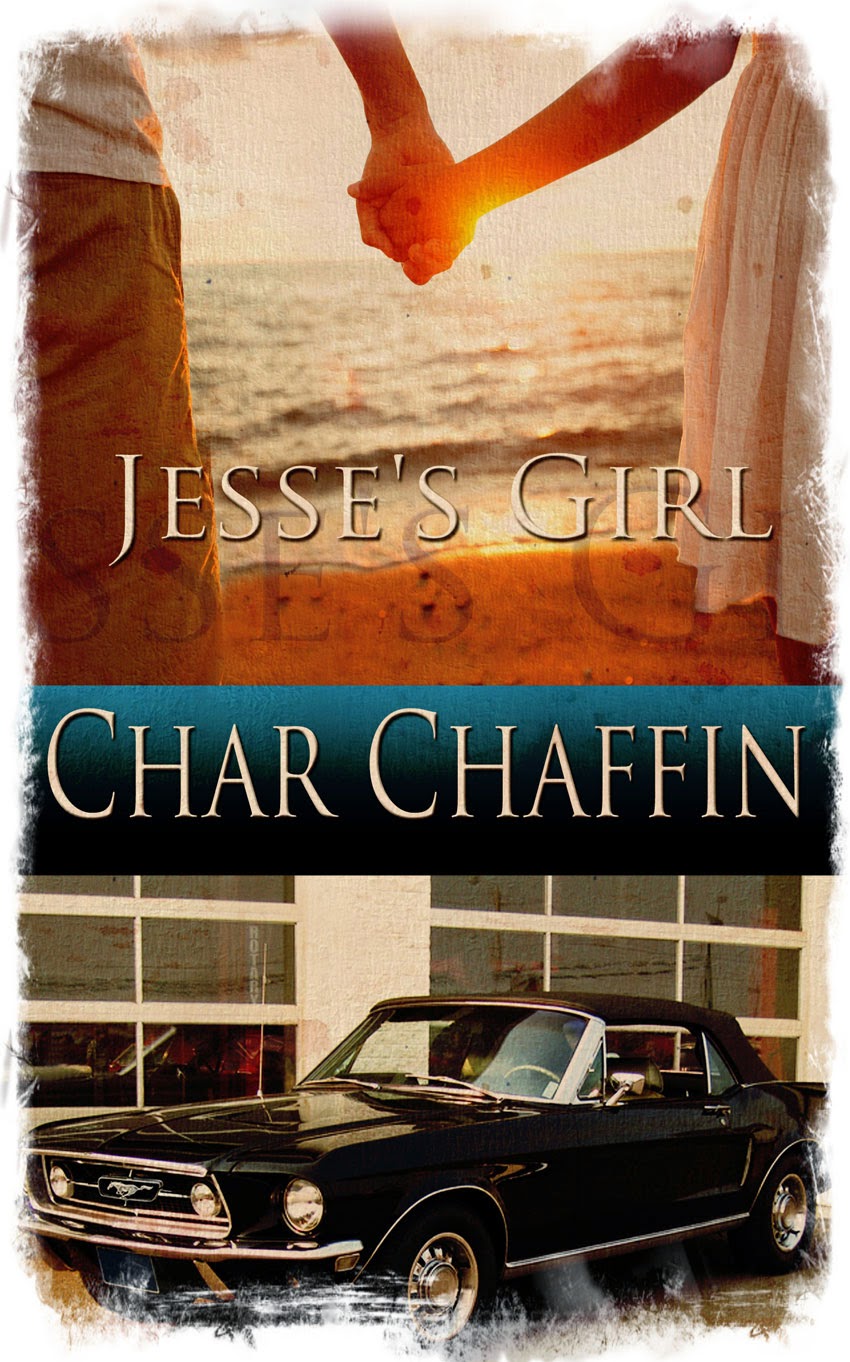 In 1965, Tim O’Malley returns to his home town of , , to clear his name and get the girl: Dorothy Whitaker, the love of his life since eighth grade. Blamed for a destructive fire he didn’t set, only Tim and Dorothy know the truth; that Jesse Prescott, Tim’s best friend and Dorothy’s boyfriend, did the deed that changed an entire town. But Jesse died in that tragedy and seven years later, Skitter Lake still honors him as a hero, rather than Tim, the boy from the seedy side of town whose father was a drunk . . . and whose quick actions saved six people from perishing in that horrendous fire.


In trying to set the record straight and finally claim Dorothy as his own, Tim—and Dorothy, too—will discover that in some small towns the legend often outweighs the truth . . . and their family and friends will forever see Dorothy as “Jesse’s girl.”
Great blurb. Thanks for letting me pick your brain and good luck with JESSE'S GIRL! Now, everyone, please comment and you'll be entered to win a copy of Char's other book, UNSAFE HAVEN. A winner will be chosen at random and may choose either an autographed print book or an ebook. Good luck!